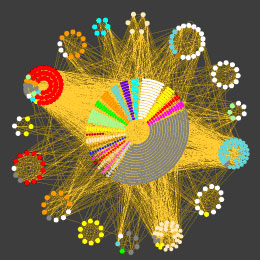 Osprey is developed by the TyersLab and is a part of the BioGRID family of software. It utilizes both MySQL and Java to operate and is compatible with Windows, Linux, and Apple operating systems.

For help and support, you can find contact details here. 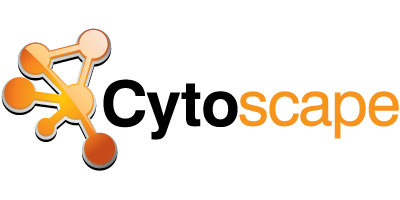 The standalone Osprey Network Visualization System desktop application is no longer in active development and will recieve no additional improvements. It has been replaced with an embedded viewer available directly via the BioGRID (example, example, example) [powered by CytoscapeJS]. As such, the desktop versions listed below may not be compatible with modern operating system releases.

We highly recommend that users looking for a desktop network visualization application switch to Cytoscape Desktop, which is an open source platform for visualization of complex networks. Cytoscape is in constant development with new features being released regularly and a large community of active plugin developers.

For users who still want to use Osprey, we recommend using one of the following archives. These downloads contain the Osprey application WITHOUT an installer. These versions are likely to work better than the Legacy downloads listed below. Simply install the Java Runtime Environment on your computer and extract one of the copies of Osprey you download below from the containing zip file. Then, you simply need to execute the osprey.jar file contained within the zip file, on your computer and it should launch via the Java Runtime Environment you setup previously. These versions should be compatible with most operating systems, but unfortunately, we cannot guarantee this will work, due to the legacy nature of this project.

Warning: These versions utilize an installer that is no longer compatible with many modern operating systems. Installation may not complete successfully.

Due to some problems with operating system changes, users may have more success using an older release of Osprey

Click to view the documentation in the format of your choice...

Click to view the tutorial in the format of your choice...